A birding trip to the seaside..in Portugal

Last week we headed west to the Portuguese coast and the Ria de Aveiro for a few days’ rest and birding: we stayed at a hotel on the banks of the Ria and had the huge privilege of being able to birdwatch from the balcony at dawn.  Birding in pyjamas. Bliss!

We did also get dressed and venture out, but the shelter and vantage point in the mornings was most welcome: as you can tell from the overall light our trip coincided with part of the Saharan dust storm which blew over most of the Iberian Peninsula, tingeing all with a yellow glow and adding to the general watery atmosphere.

So here are some photos taken from the balcony before and after a copious scales-defying breakfast (I decided to postpone the diet for a while), and others taken from the tracks along the shore of the Ria. 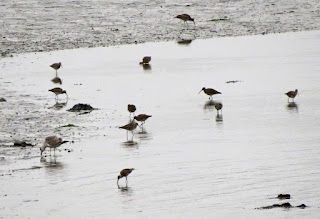 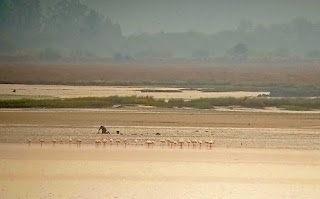 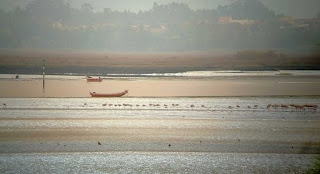 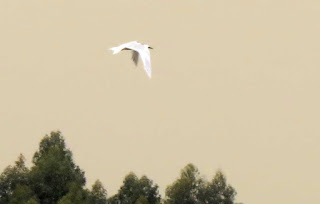 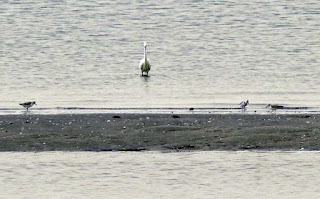 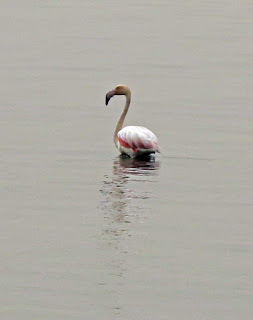 All this on the first day. On the second day we decided to explore the Nature Reserve of Sao Jacinto Dunes, a planted forest of pine and juniper and some interesting plants, which straddles the landmass from the Ria to the Atlantic Ocean.  At times above the wind in the trees could hear bird song but we didn’t linger much as we followed the winding paths through the forest. Finally, a boardwalk led us to the dunes and a view of the ocean… and then we headed back along the return path in time for lunch. 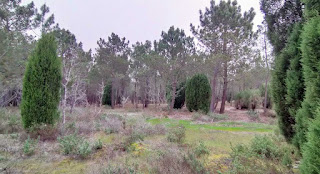 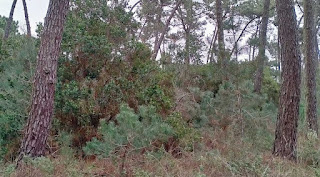 After lunch the wind got worse and as we drove along the seafront we spotted over a hundred gulls on a pontoon. We parked, and saw that alongside the gulls were a group of Turnstones, and just about every other surface was covered in huddled waders.  This must be what happens on board a ship in a storm: the birds look for somewhere to rest and shelter and if there’s a birder on board it’s like Christmas.  I watched until my eyes watered (dust storms, duh, what did I expect?) and tried to still the camera enough for a few decent shots. 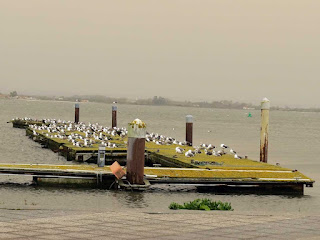 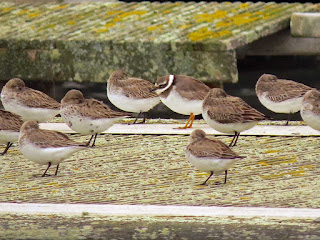 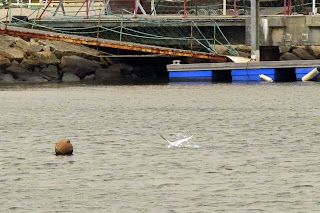 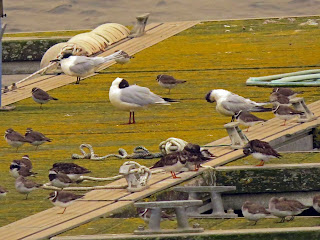 Next day before we left the hotel I was entertained by a Little egret just below our balcony, and later, after crossing to the the mainland, I spotted a Glossy ibis. It landed on plastic covered silage stacks in a boggy field surrounded by agricultural equipment, and on the ground there was a large group. A wonderful way to end our visit. 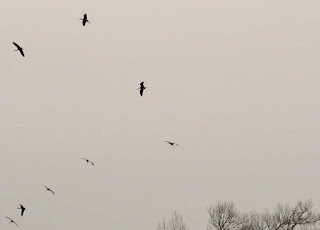 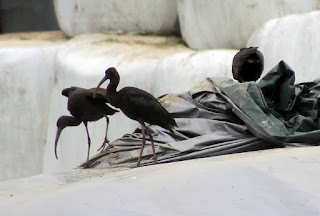 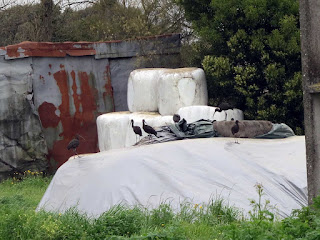 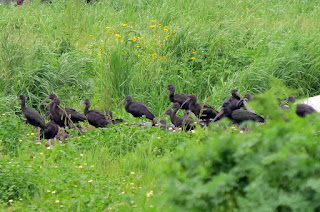 Posted by Birding in Spain's Wild West at 11:43 pm No comments: