Farewell to a drought year…

2017 was the driest year so far this century, and joined the two preceding years in being the hottest since records in Spain began.
We had to get up extra early in the spring and summer months to avoid the heat, and put extra sunscreen on our noses up to the end of November, which may seem like heaven if you’re living in the cloudy rainy North but I’ve never wished so hard for those grim grey wet autumn days I was once so keen to get away from.
Recently I started to notice a pair of Blackbirds coming to the bird table and feeding on birdseed and wheat I had put out for the Sparrows.  I’ve never seen this behaviour before, but more alarming was how they started to come into the back yard and steal biscuits we put out for the cats.  They even competed with the Black redstarts who have become very adept at robbing catfood.
I’m hoping with the recent rain they may begin to find natural food again, but the fact that they were eating grain shows just how affected the invertebrates have been: I’m not sure if the earthworms found refuge somewhere or if they actually survived at all. 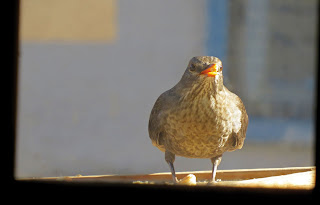 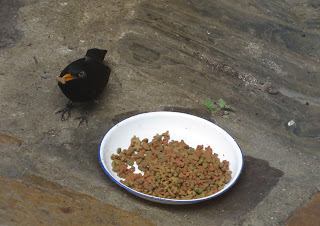 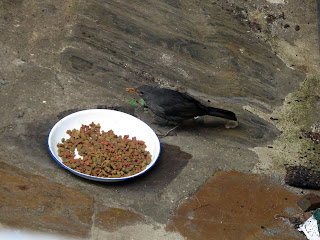 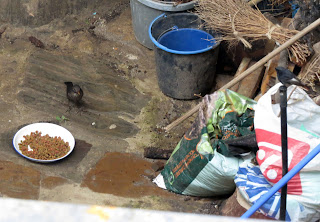 During the past week it’s been gloomy and mizzling much of the time and the perfect excuse for sitting by the log fire and catching up with all my reading.  And of course looking back over what has been a fairly complicated year.
The year started fine but dry, as were the preceding summer and autumn, so the vegetation was tinder dry.  This, and the ignorance (or malice?) of some unthinking persons setting fire to scrub or brambles to leave more pasture for their cattle, or other motives more sinister, led to a spate of devastating fires,  first here in the Sierra de Candelario in January, later in Doñana, Portugal Valencia and Galicia, all with terrible consecuences for wildlife and nature in general and some with tragic human loss.
In the Sierra de Candelario over 500 hectares burned: the fire took three days to put out, being mountainous and difficult to access, and it was the  rain and snow which eventually did it.  I went up there later to have a look: everything black, charred, lifeless. I cried.  It was one of the Red Rockthrush’s domains, as well as Ortolan Bunting, luckily neither of which were there in January. 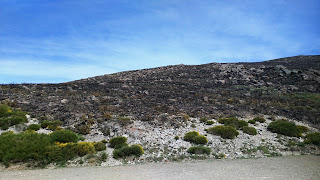 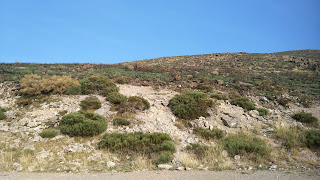 When I was up there in September I could see a slight regeneration and greening, with Dunnock, Stonechat and Chaffinch flitting about between the more resilient plants, and Ortolan and Rock Bunting also in their element just below the limits of the fire.
In the spring I did a three day introductory course on butterfly and moth identification with Fernando Jubete, an expert naturalist from Palencia.  It was fascinating and very enjoyable, though it adds a great deal to my increasing list of ‘things to learn about’.
We’ve been  exploring various ‘castros’ in the west of Salamanca: labyrinthine ruins belonging to a pre-Roman people - the Vetons -, who built fortified settlements on hills and carved boar sculptures, both male and female, which can be seen in many village squares in the region.

They are great places for nature, having been lost amongst trees and vegetation for centuries, the stone walls providing plenty of refuge for birds, amphibians  and reptiles, and their proximity to river valleys and gorges mean there are usually plenty of cliff-dwelling raptors around.
In May we were local guides for a group of 10 American birders who had come out with the wonderful Michael Carmody of Legacy Tours: it was an honour and a delight to show our neck of the woods and its inhabitants to such a lovely group.  I’ve since heard that Michael has had serious surgery:  both Alfonso and I wish him a speedy and full recovery, and hope to see him this year again at Birdfair.

We took a few days’ break to explore other regions of Castille and Leon, visiting the south west of Soria province, which was absolutely gorgeous with huge extensions of Spanish Juniper forest: a slow growing aromatic tree native to the western mediterranean with a capacity for survival in the most extreme weather conditions and in areas where no other tree would survive, consolidating stony mountain slopes and giving them a truly magical presence.  But more of that in a later blog.

Recently we received an illustrious visitor, David Lindo the Urban Birder whom I’ve been nagging for the last four years to come out and see our patch.  Despite the fact that he brought us some much needed rain (actually most of the time he was with us!) we did get to go to some of our favourite birding spots and he promises to return in more clement weather.  I’m looking forward to that. 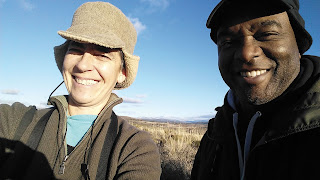 I’ll leave you with photos of the highlights of the year, birds all seen within easy reach of home, and on our regular patches. And we wish you all a very Happy and Birdful 2018! 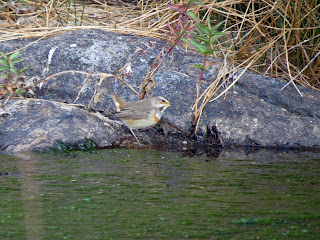 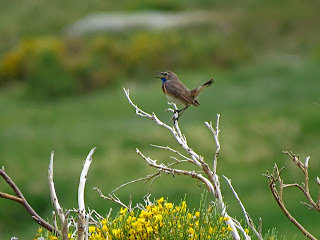 Posted by Birding in Spain's Wild West at 6:31 pm 2 comments: