After going on migration myself in August to England, where I was lucky to see both Curlew and Whimbrel at Pagham Harbour RSPB Reserve, on to Birdfair and then on to Yorkshire, before spending a few days in the Pyrenees walking and seeing Bearded vulture, I’ve returned to base and am now enjoying seeing the autumn migrants as well as the summer breeders and young birds who are getting ready to leave.
At around 200om in the Sierra de Candelario there are plenty of Ortolan buntings and you can still catch a Short-toed eagle hanging in the air. Further down Redstart, Spotted and Pied Flycatchers are abundant and in the valleys Whinchat are everywhere.
Spectacled warblers, Iberian Chiffchaff, and Melodious warbler decorate the brambles and rose-bushes as they fuel up for their southern journey, and there are still some Wheatears, Northern and Black-eared, swooping down on insects or feeding on the ground.
There are gatherings of Egret and Black stork on lagoons and reservoirs, and Barn and Red-rumped swallows and House martins appear in large groups and whizz around snaffling up the mosquitoes or roosting on the power lines in the village and appear to say their last goodbye for the year… 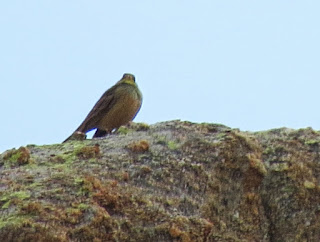 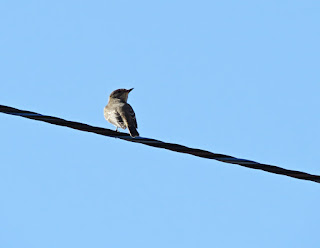 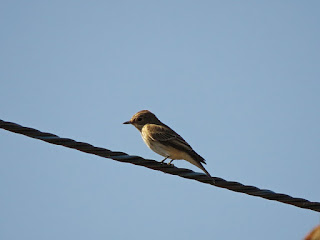 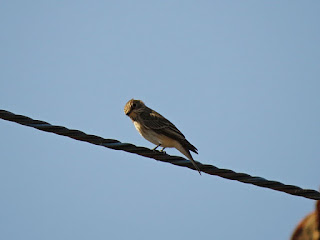 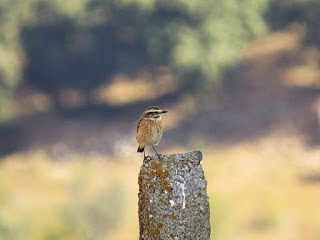 Posted by Birding in Spain's Wild West at 10:11 pm No comments: